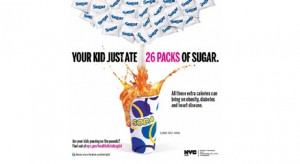 Back in 1979, Dan White murdered San Francisco’s Harvey Milk and Mayor George Moscone. Defense Therapist Martin Blinder testified that White had been seriously depressed shortly before the shootings, and had a general predisposition to bipolar mood swings. As he deteriorated his diet did as well. He indulged in Twinkies and Coke, which only made things worse. The press leapt gleefully onto this comment and overplayed it, suggesting that White was invoking “the Twinkie Defense.” He wasn’t, but so went the story. True, the jury went relatively easy on him, but there’s no indication Twinkies had anything to do with it. In any case, over 30 years later the concept’s earned itself another visit, not just because of diabetes or the obesity epidemic but because of children’s behavioral problems.

Pity the poor Twinkie. Libeled! Slandered! The real culprit was the Coke.

Research involving 2,929 families convinced researchers that soda pop makes kids more aggressive, contributes to attention problems and can lead to social withdrawal in 5-year-olds.[1]  They already knew it contributed to annoying teen behavior, (the term “soda jerk,” was presciently coined in 1922. They didn’t know what they were saying,) and made lots of us fat, but this was the last straw (sorry, I couldn’t resist), documenting a pretty strong dysfunctional relationship between kids and soda. Four or more doses a day doubled the likelihood that kids would punch their buddies or bust up their i-pods, compared to teetotalers. This held true even after adjusting for other major issues, like domestic violence, poverty and depression. No mention of Twinkies.

The study doesn’t prove soda, let alone junk food is to blame, only that it correlates with these problem behaviors. It’s suspicious, yes. And maybe it’s Dan White all over again – an unstable individual in a downward spiral, self-medicating at the candy counter.  But there’s no smoking gum.

Plenty of people are trying to address related issues. Bill Clinton’s foundation has done a lot[2], and many schools have banned soft drinks, or at least cut way back on them – California got things rolling in 2003, and Boston banned the evil brews in 2013. But many schools make money from the sale of soft drinks, and are thus conflicted. Or maybe just under the influence. In either case, extensive research has determined that our wily kids can get the sweet stuff despite the bans.[3]  Part of the solution appears to be a more draconian elimination of all sweetened drinks, not just soda. Followed by policing home refrigerators and neighborhood corner stores. This doesn’t bode well. We’re gonna need soda prisons. Good luck with that!