Spinx is our fair-weather outdoor cat. For most of the year he’s desperate to be out in the yard, communing with the squirrels. Spinx does drop in when he’s starving, a few times a day, but does so begrudgingly, staying only long enough for kibble. Then he yowls desperately to be let out again.

It’s a lot like that with kids, at least at Family School, but I suspect it’s true in a lot of places. For most students, even fifteen minutes on the playground is like coming up for air. And camping? That’s the highlight of the year, when the whole school heads off into the woods for the weekend.

All of which makes me wonder—how did we get our priorities so confused? If the instinct to plug into the natural world is so strong, why do we fight it so hard? With schools, I think it’s because of a peculiar belief that learning is best done while sitting in uncomfortable chairs behind uninspired desks.

That remarkably enduring concept goes back quite a ways, to a time when we were an agrarian nation. In that era, being out in the natural world was the norm. The notion of sitting at a desk in a schoolhouse was no doubt considered a luxury by some—an opportunity to expand their worlds. But even then, the literature of the era (think Tom Sawyer) makes it clear that kids yearned for the great outdoors. Then we shifted to an industrial model, when mass production seemed like a great idea, at least to some, and squared off rows of students must have seemed like a perfect match. At that point, the natural world was officially dismissed as an annoying distraction: In 1906, William Torrey Harris, the U.S. Commissioner of Education, published The Philosophy of Education, in which he wrote “The great purpose of school can be realized better in dark, airless, ugly places…. It is to master the physical self, to transcend the beauty of nature. School should develop the power to withdraw from the external world.” 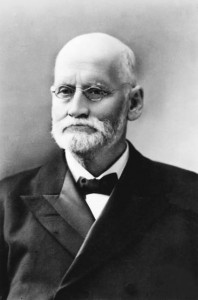 Oh, William, William, William! What a delightful fellow! But I respectfully disagree. And I think with the surge of interest in problem-based, connected, hands-on learning and a recognition that the environment is something worth tending to, we’re at a great place in educational history for building a new model.

What might that look like? For one thing, I’d suggest helping students spend a whole lot more time where they want to be—in light, beautiful places where the breathing is easy, and which don’t present a risk of asthma. We’re no longer trying to turn out drudges for the factories, at least I hope not. Instead, we’re trying to turn out people who can interact and cooperate with others, think for themselves, grasp the big picture and deal with some truly major issues.

There’s little we can teach that doesn’t have some connection to the outside world—we just have to rebuild our concepts of how teaching is done. And of all the topics needing attention, Environmental Studies is one area that most blatantly takes us where we need to go.

At the federal level, The U.S. Department of Education celebrates Green Ribbon Schools throughout the country, recognizing those that reduce their environmental impact and costs; improve the health and wellness of their students and staff; and provide effective environmental and sustainability education, incorporating STEM, civic skills and green career development

Many States share the enthusiasm. Just as one example, the State of Washington actually mandates environmental studies. Downloadable overall plans for environmental literacy, among other things, are available on their website.

The National Science Teachers Association looks like a solid source of support materials and training for teachers, along with support videos, such as this clip showing the Bracken Cave Bat emergence. Pretty impressive, although if you’re phobic about bats maybe not.

All of this is well and good, and while much of it can be presented conventionally, to students sitting at desks, the programs that most inspire, I believe, will get the kids out into gardens, parks and forests. Easier said than done. Shifting paradigms can be a struggle. What might such an approach look like? I’ve already talked a bit about gardens in an earlier blog. Here are some additional models to borrow from:

• Northwest Youth Corps operates a full-fledged school for teens that wraps conventional academics into an outdoor format, usually involving such projects as “building trails, planting trees, restoring wetlands and streams, and improving parks,” along with a bit of class work. In most cases, students spend quite a bit of time camping in the wilderness.

• Alaska’s Youth Area Watch was formed after the Exxon Valdez spill—the worst such disaster in U.S. history. The program promotes hands-on environmental studies, particularly as they pertain to the spill. Alaskan middle school students conduct significant, real life, hands-on studies all along the coast, with projects ranging from counting crabs to monitoring seabirds, killer whales and herring. Students work one on one with scientist mentors.

• Edutopia has gathered quite a few stories about environmentally engaged schooling, from Alaska to Arkansas worth a gander.

• a geological map of the state, including the corresponding rocks and minerals,
• outdoor classroom areas, including a stone amphitheater,
• A large, decomposing log,
• A sundial, and
• A bird sanctuary, complete with bird houses.

It’s not at all surprising that, as one kid reports in this video clip, “school is cool.”

I do believe we’re right on the edge of a revolution in education, with powerful forces converging from all sides—digital, human and natural. The generation now in schools may be the last to know the dreadful boredom of the cells-and-bells model, in dark, ugly places. Once they’re set loose, they’ll likely want to stay that way, coming in only when they must. For kibble.