I’m talking about the clinical version, pessimism on steroids, an overwhelming conviction that everything sucks, now and forever. Here’s what it boils down to: it’s personal, it’s pervasive and it’s permanent. If this grabs hold of your psyche, the lessons you learn from any failure, no matter it’s actual magnitude, are as follows: it’s a reflection of you to the core, it applies to everything else you do, and there’s no way to change it – so not only do you get to wallow in self-pity, but you’re off the hook when it comes to changing anything — it’s hopeless. That last piece is key—you get to whine without doing anything to improve the situation.

Here’s an example: for the average person who flunks a test they might think, “Gee, I guess I should have studied after all,” “Maybe I’d best get some tutoring,” or at worst, “That test was unfair.”  But for a clinical pessimist the response is, “I suck at math. I will always suck at math. And ergo I suck at school in general. I’ll never be good at learning anything.” Thus relieved of all responsibility for getting their act together they are freed up for better things, perhaps sitting at home glowering, or sniffing glue. There’s also, I believe, a tendency to gravitate toward like-minded companions. So now you have a small gang of depressed, cynical kids who feel no compulsion to change.

I’m being a little unfair here. I don’t want to come across as belittling all cynics, kicking them while they’re down. Many have had extraordinarily depressing life experiences from which their pessimism emerged. Extreme poverty, family dysfunction, tragedy and abuse can be powerful life lessons, convincing any of us that our lives are hopeless.

So what can you do to extract someone from such a self-destructive death spiral? Here’s one tip: scolding or shaming will not help 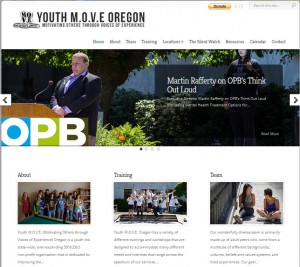 . It may make you feel better, perhaps even superior, but as for them? It will just reinforce their sense of unworthiness. A more helpful approach would be to show them that, despite all the evidence they’ve compiled to the contrary, you believe they’re redeemable. Whether you’re their teacher or their friend a first step would be to reach out. Do your best to draw them away from negative peers. Make a personal connection involving something they can succeed at – almost anything. That minor success is a seed planted, fighting against the darkness. Helping them fall in love would be great, but that’s hard to arrange. More realistically, just recognizing that they did something well – tying their shoes, showing up on time, or finishing their lunch—may be enough to get things rolling in a positive direction.

The ability to bounce back is called resiliency, and it’s usually nurtured in at least one of three places: support from community, support from family or remarkable inner strength. The therapist Richard Rhodes, in his brilliant book, Why They Kill, interviewed abuse survivors and concluded, “what seems to have saved every one of them was timely intervention, almost always private and voluntary. Someone saw their suffering and had the courage or simply the generosity of spirit to intervene…they were supported, or given reason to believe that they were valued, or shown alternatives to violence.”

One model program that gives hope to young people 14 and up, and which is run by young people, is Youth M.O.V.E. Oregon

On the other hand, to be fair, or if you embrace the darkness of pessimism and would rather stay that way, you might want to check out Alain de Botton’s soliloquy in praise of pessimism, including such pithy observations as this one, attributed to the 18th century French moralist Nicholas Chamfort: “A man should swallow a toad every morning to be sure of not meeting with anything more revolting in the day ahead.”

Perhaps I should point out that this is taken by some as a lesson regarding not pessimism but procrastination – get the worst task out of the way first, and the rest, perhaps, is gravy. The school equivalent would be to schedule your worst class first thing in the morning. The one involving dissection I expect.